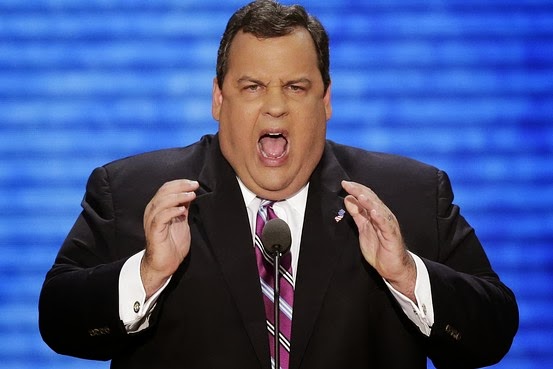 On September 17th, Senator Joe Vitale introduced 21 bills to combat the heroin and opiate painkiller epidemic and provide better prevention and treatment services. Governor Christie has not only failed to support those bills, he hasn’t even acknowledged their existence.

On September 30th, there was a celebration regarding the opening of the first recovery high school in NJ. Governor Christie was not there. Nor has he directed any state funding towards the school. That same day, the Governor held a summit at the New Hope Baptist Church in Newark about reducing the stigma associated with treatment and recovery from addiction. He said a lot of nice things, but didn’t talk at all about the new recovery high school opening up down the road nor offer up any substantive support on Vitale’s bills.

On October 7th, Governor Christie appeared at Robert Wood Johnson Hospital in New Brunswick to announce a partnership with neighboring states to share prescription drug monitoring program (PMP) information. This was a positive move, but it was also something that his Deputy Attorney General recommended in 2012. The Governor also continued to refuse to mandate NJ’s PMP, despite the fact that the GCADA’s Task Force report suggested it earlier this year (and also despite the fact that over 20% of other states have mandated PMP’s).

On October 9th, the Governor appeared in Trenton to announce the formation of yet another Task Force to fight drug addiction. He did not comment on any of Vitale’s 21 bills, the recovery high school or offer any funding for programs that he has claimed to support (drug courts, prisoner education, PMP’s).

And he won’t anytime in the future. He will now fall back on the fact that he has created a Task Force and that he needs to let them operate for awhile, hold hearings and gather information. They will need time to release a report, and he will say that this is a serious public concern that requires time, deliberation and careful consideration of the multifaceted issues and various stakeholders involved. He will delay legislation and the funding of any current or new programs. It’s all sound and fury, and it gets him a lot of positive press while he actually does very little to change things. The saddest and most frustrating aspect of this is that he already had a Task Force that did this, and we released a report too (you can read it here). Despite serving on the Governor’s Council, I have been highly critical of the Governor’s bluster on these issues. I understand that almost no one will win or lose an election based on how they handle drug policy. In Chapter 18 of The Prince, Machiavelli wrote:

Pope Alexander VI had no care or thought but how to deceive, and always found material to work on. No man ever had a more effective manner of asseverating, or made promises with more solemn protestations, or observed them less. And yet, because he understood this side of human nature, his frauds always succeeded.

It applies perfectly to Governor Christie, at least when it comes to his drug and alcohol policies. I’ve quoted Shakespeare a few times in this piece, and I’ll provide the full quote from Macbeth from whence I grabbed the title. Interestingly enough, it both describes and quotes Christie:

it is a tale told by an idiot, full of sound and fury, which signifies nothing

6 thoughts on “Governor Christie’s Sound and Fury, Which Signifies Nothing”