Synthetic marijuana is in the news again, as the Center for Disease Control (CDC) released a report that calls to US poison control centers regarding negative reactions to the drug increased by 229% from the first half of 2014 to the first half of 2015. Newsweek also reported that 15 people have died in 2015 as a direct result of using synthetic marijuana, which is triple the number from the previous year.

Since 2007, I have been asked “what is synthetic marijuana?” and “what is K2?” and “what is spice?” They are different names for the same chemical group, which acts like marijuana but is sprayed on flora to make this new drug. Just like marijuana, it is smoked. It has some similar effects, including the much desired psycho-tropic euphoria. According to the CDC, the most commonly reported negative side effects are: agitation, tachycardia (rapid heartbeats, which people sometimes freak out over and then they go clog up the emergency room), drowsiness or lethargy, vomiting, and confusion.  I began training people on this in 2009, and in addition to the aforementioned names, I have discovered that it also goes by: Pep Spice, Spice Gold, Spice Silver, Sence, Yucatan Fire, Skunk, Orange Dragon Smoke, Black Mamba, RedX Dawn, Zohai, Mr. Nice Guy, Bayou Blaster, Euphoria, Home Spice, Ultra Cloud Ten, and Genie.

The original chemical formula was created by John W. Huffman, a chemist from Clemson University. He was doing research on marijuana that was funded by NIDA and when he created the new compound, he named it after himself: JWH-018. It was introduced in America in the early 2000’s, and was sold in bodegas, gas stations and head shops. It became particularly popular with people who were regularly drug tested (people on probation, some athletes), as it took a few years before a urine screen was developed to detect it. For several years, it was sold in packages as incense with a message on it that read “not for human consumption.” This allowed the burgeoning industry to evade FDA detection for a little bit and shrug their shoulders and say they were shocked when people were ingesting it (no company has openly manufactured it, so I think the “shocked” clip works well when juxtaposed with “not for human consumption,” because it is absolutely made for human consumption).

Because it was legal and easily accessible, use in the late 2000’s and early 2010’s skyrocketed. The FDA acted swiftly and put a temporary ban in place on the 5 most common synthetic marijuana compounds on March 1, 2011. One year later, a full federal ban was enacted and it was made a schedule I drug (highly addictive, no medical value, completely illegal) in July of 2012.

Early on, a number of other countries banned it, including (but not limited to) the United Kingdom, Ireland, Germany, Chile, New Zealand, Japan, and Romania. Surprisingly, synthetic marijuana has not been outlawed in Canada. It has been pushed out of the head shops, but it can easily be found on the internet. A harrowing tale of a professional couple’s addiction to the drug made headlines this past March in Edmonton.

A 2012 Federal Survey reported that 1 in 9 high school seniors had tried it, making it the fourth most familiar substance in high school after tobacco, alcohol, and marijuana. Use went down significantly after the federal ban, but over the last two years it has been making a comeback. It was very much in the news in NJ in March of 2013, as a car with 16 pounds of synthetic marijuana was pulled over in Hunterdon County, a 17 year-old from New Providence was hospitalized after using it, and Governor Christie signed a bill into law that gave harsh penalties to those that manufacture or sell it.

A major problem with it is that instant urine screen tests do not detect it. One must send a test to a lab, which often costs more than many treatment programs (and most probation offices) can afford. This lack of testing encourages people on probation and in drug programs to use synthetic marijuana. Another problem is that drugs that are labeled as K2, Spice, Space, Synthetic Marijuana or other variations are not always of the JWH-018 (or other varieties); rather, they are just flora mixed with bath salts or MDMA or PCP or something else. I expect we will continue to see more and more overdoses and people being rushed to the emergency rooms with dazed and psychotic features.

I have provided a few images below.

Synthetic marijuana is packaged in a way to appeal to a younger crowd.

Clearly, this image appeals to both young people and the stoner crowd. 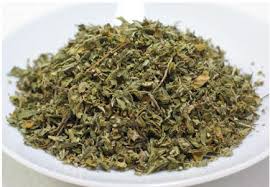 It’s basically flora that is sprayed with a chemical. Synthetic marijuana can be composed of almost any vegetation, as long as it has the chemical spray on it.