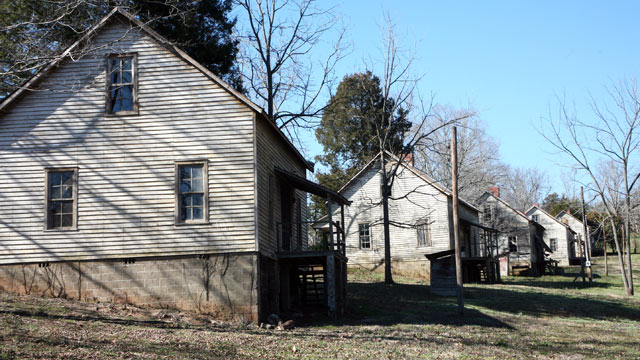 This is the fourth of eight articles from that interview. In the first article, we discussed the role of the pharmaceutical industry in the current American opiate epidemic. In volume two, we talked about race and how drug policies in the 1980’s with crack are very different than the 21st century policies surrounding opiates. In the third edition, we discussed how Mexican immigrants became some of the key sellers of black tar heroin, does supply or demand lead to bigger drug problems, and we briefly touched upon the rhetoric of Donald Trump. The fourth volume focused on the Affordable Care Act, politicians and how regular Americans can influence public policy.

Part five addresses how the collapse of communities and social isolation has contributed to the surge in prescription drug and heroin use.

Frank Greenagel: Your book takes the title from the town of Portsmouth, Ohio and the Dreamland Pool. You spent some time writing about the decline of working class towns how they’re hit hard with pain management clinics and pill mills. Later, they transition to heroin because it’s very cheap. The town loses job, the landscape is filled with broken dreams, empty pools and they use heroin to drown their sorrows. You also wrote about a bunch of more well-off towns, like Charlotte and Nashville, and how they’ve also been hit. It’s not a wonderful question, but I’m going to ask it anyway. What type of town seems to be more hit by the opiate epidemic? Is it the rich towns or is it the poor towns?

Sam Quinones: Basically, I think it happens first in Appalachia. It happens in Appalachia and it’s allowed to spread from there because we, as a country, are used to not paying attention to Appalachia. It’s a bunch of poor white people whose dysfunctionality has been notorious for generations. No one paid any attention. We might not be having this conversation had there been real different prescribing guidelines put in place in 2001, say, or 2003 maybe. Nobody paid any attention to that place and so then it reached out to the wealthy areas.

Which is more heavily impacted? I would say probably Appalachia because it could least afford it. It’s interesting. This is something I’ve thought about a lot. They say that addiction doesn’t discriminate, cuts across all races, etc, etc. Yeah, that’s not true here. It’s all white people. It’s entirely white people. I defy you to find like 10% of the population of new addicts who is actually non-white. I have not seen it. I’ve never found it. Every drug counselor I’ve ever talked to about this. There are some lingering addicts from the 70s who are black or Latino, but by and large, the new wave is almost … I’ll say it’s 90% white. I think it’s probably more like 98% white honestly. What it doesn’t discriminate along is economic lines. It’s all levels of the economy with just white people. What’s fascinating to me, though, as part of this, is that when you talk about some of the economically better cities, like Charlotte, like Nashville, Minneapolis, Indianapolis, Reno, Salt Lake City, etc., you’re talking about a population of kids whose families have done extraordinarily well in the last 20-25 years. You would think, judging from their neighborhoods, that they really don’t have many problems. Why is it the class that’s done best in the last 25 years and probably lives better than anybody in the history of the world, almost literally the history of the world, why is it that they are turning and getting addicted to drugs used to numb pain?

Frank Greenagel: That leads into the next question. I listened to a podcast of yours with the people from Ohio State, and you talked about social isolation and I want to pinpoint that a little bit more. Then I also want to break it down into maybe a workable policy recommendation even though I know your thing is stories. I’m a policy guy, so I’m always trying to think about what I can do to address this. I have a friend that’s an Australian lawyer. After the Sandy Hook Elementary School shooting, he talked about the American Soul Sickness because we have all these gun deaths that no other industrialized nation has. Very recently, a UN report said that basically the heroin problem is far worse in America than anywhere else and there’s far more overdose deaths here than there are in other countries. So, we have all this gun violence and then we have the world’s leading opiate epidemic. The overdose numbers overtook car crashes in America in 2011, but the latest figures from 2014 state it’s 47,000 people die from overdoses versus 36,000 from car crashes, so it’s running away with the number one cause of accidental death now and just getting worse. I’ve been haunted by my friend’s words for the last three years, the American Soul Sickness. Do you think there’s something to that?

Sam Quinones: I would say this. I believe that we have spent decades now, at least 35 years and maybe some more, shredding communities in our country. I believe the antidote to heroin is not naloxone. It is community. We have done a marvelous job of demeaning despising government and all that can it can do to create community and public infrastructure. We don’t want to pay our taxes because, oh, look it’s so inefficient, and oh it’s a bunch of people who don’t work more than a few hours a day. It’s all I think nonsense, but it feels good to say that and that’s a terrific rationalization for not properly funding all kinds of infrastructure. As I talk to you now, I’m driving on roads that are … They look like Mexican roads honest to God. I’m in California. We have done a magnificent job at destroying community, of demeaning, of despising government as a way of very superficially not paying taxes that we should be paying. At the same time, very conveniently, we have exalted the private sector. We have applauded these kings of finance whose job it is apparently to devise new gimmicks and new rationales for sending all our jobs to Mexico, Malaysia, China, and wherever else. We have sat around, and this is again a perfect example, this opiate epidemic is the perfect example of that. We have seen one family, the Sackler family, become one of the wealthiest in America because they made Oxycontin. The profits from this scourge have all accrued to a few companies and the costs again have gone to the public sector.

We have destroyed certain things, like Dreamland Pool is a stand-in for a lot of things that we have allowed to die or we have actively destroyed that create community. These could be factories. These could be not properly funding parks, a variety of things. We now have a situation in which we have suburbia that is horrible isolated, yet we call these towns prosperous. We have people terrified of the public sphere. Parents won’t let their kids outdoors. They hover over them. The outdoors is this horrible threat to them. We look at people who let their kids go outside without hovering them as somehow deviant. These parents must be awful parents for letting their kids play outside when all the while, this scourge has taken place. If you talk to addicts about, it so often takes place in private bedrooms where the kids are all alone isolated from everybody else. It’s the perfect place to hide your dope. It’s the perfect place to use your dope. It’s a private bedroom. This has been our creation over the last 35 years and we are a country that has suffered mightily from it.

The embodiment, the extreme … What’s the term I want to use here, expression of all these values, is heroin. Heroin is one drug … We’ve spent years exalting the consumer, believing that consumption was the way to happiness, but pleasure seeking was the way to happiness. Heroin embodies all of that. It is a drug that turns every addict into a solitary, narcissistic, self-absorbed, hyper consumer. It is the poster drug for our generation without a doubt. That is what I believe to be the case. Does America have a soul sickness? I’m not sure I’m qualified to say, but I do believe, yes, that we have isolated ourselves so mightily from each other, from ourselves, even within families. People are isolated horribly to the point where parents don’t have a clue what their kids are up to in those private bedrooms. That lack of connection, that lack of contact, that fettering of community that I relate in the destruction of pools called Dreamland, is all across this country. Therefore, why do we wonder that heroin is everywhere? Why should we be surprised that heroin is all over the country? When I started this book, I thought it was a book about drugs and drug trafficking, that kind of a crime book, that kind of thing. I realized midway through it that, no. This is a book about who we are as a people right now and what we’ve created in the pursuit of exalting the private sphere, the private sector, what we have created along the way to that. It’s a scary thing. Heroin is really the poster drug of our time.