Danielle Victoriano interned at a non-profit mental health facility under the direction of Andrew Walsh. During some down time, she labored on a series of research projects and articles. This piece on Epigenetics is the second one to be published.

In recent years, the growing number of substance abusers in the United States has become a topic of national discussion. As the death toll from overdoses continues to skyrocket—with about 63,600 deaths in 2016, a number 21% higher than in 2015—substance abusers, family members, substance abuse counselors, and scientists are desperately searching for solutions that would help curb this national crisis. From all this turmoil has arisen a potential aid in the fight against substance abuse: epigenetics.

The topic of epigenetics cannot be breached without a better understanding of DNA, the material inside cells that serves as the language of life. DNA is the command center for why we look the way we look, and sometimes, why we behave the way we behave.

DNA or deoxyribose nucleic acid can be broken down to four bases: Adenine, Thymine, Cytosine and Guanine. Each of these bases are attached to a phosphate group and a sugar, and this combination of bases, sugars, and phosphate groups form the double-helix ladder that often comes to mind when we think about DNA.

However, this viewpoint is wholly incomplete. It must be understood that the DNA ladder also actually wraps itself around proteins called histones.  The tightness from the wounding around these histone proteins regulate which parts of the gene are expressed and repressed. The closer the histone proteins are to each other, the tighter the DNA is wound, and thus, the harder it is for the DNA-encoding machinery to access the DNA material. The further away the histone proteins are to each other, the looser the DNA is wound, which means that it is easier for gene expression to occur. 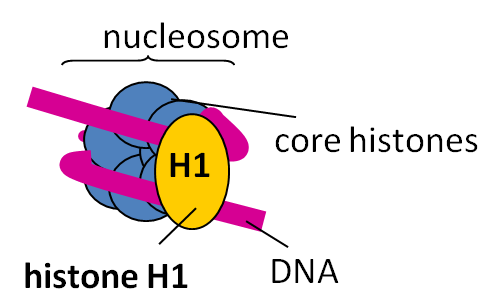 To think about it more simply, imagine a flashlight that’s been turned on. Now, imagine a hand covering it. To open up the fingers over the flashlight means that light will pass through. To close the fingers over the flashlight means that light will not be able to pass through. This is similar to how epigenetic modifications to the human genome works. The light represents the fact that the DNA material will be there, it is whether or not the hand is open or closed that will factor in to if the gene is actually repressed or expressed. When the hand is open, there is expression, and when the hand is closed, there is repression.

Thus, epigenetics is the study of how the human genome is modified not through changes in the base pair sequence, but how the structure of DNA and protein is modified through attachments of chemical groups that alter the configuration.

One substance misuse disorder that is of high importance to public policy is the abuse of opiates. According to the Center for Disease Control, in 2016, around 66% of the 63,600 drug-overdose related deaths involved opioid use.

Researchers have found that in opioid addictive patients, there is more expression of a certain neuro-excitatory gene, GRA1, that would account for the addiction’s withdrawal symptoms such as restlessness, muscle twitching, and dilated pupils. This overexpression can be attributed to hyperacetylation of the neuro-excitatory gene. Hyperacetylation means that the gene is constantly being expressed, which leads to more expression than usual.

Alcohol is yet another substance misuse disorder that has been identified to have epigenetic markers. With alcohol use, researchers have found dysregulated amount of protein factors in the brain through abnormal methylation and acetylation patterns in some genes. In turn, during the active influence of alcohol, there is high concentration of the protein Arc, which is associated with decreased levels of anxiety and stress. This relationship results in alcohol-dependence to combat negative emotions that can be seen in many individuals with alcohol misuse disorders.

Knowing the existence of these epigenetic markers, and being able to identify and locate where they are in the human genome opens up a whole new realm of opportunity in terms of treatment options in substance abuse recovery. Potentially, the current rates of relapse that follow inpatient detoxification treatments could be curbed. As of 2015, it is reported that more than 85% of substance misuse patients relapse and return to substance use within a year following treatment. Since withdrawal symptoms are a trigger for relapse, imagine being able to control and limit those symptoms by targeting the epigenetic markers that caused the symptoms in the first place. Imagine being able to de-acetylate the neuro-excitatory gene, GRA1, that is constituently turned on in those with opioid abuse. This would most likely make early recovery easier, less painful, and less daunting.

Medications that are currently being examined to combat substance abuse are histone deacetylase inhibitors (HDAC inhibitors) and DNA methylation inhibitors (DNMT inhibitors).  These medications would attempt to re-regulate the imbalance that have been produced by epigenetic modifications in the body, by reversing or inhibiting the effects of methyl groups and acetyl groups.

Though research is still in its infancy, with no current research on how these medications affect humans, results have shown to be promising. One research study looked at the effects of having histone deacetylase inhibitors in rats with alcohol addiction and found that with HDAC medication, these rats are less likely to seek out or self-administer alcohol.

In terms of non-medication related treatments, there has been a promising finding that exercise can be used to reverse some of the epigenetic modifications made from chronic alcohol abuse. It has been found through rat studies that exercise has restored the brain physiology that has been altered by chronic drinking. Alcohol-addicted mice that were treated with regular exercise had improved memories and brain activities when compared to the non-treatment group.

Despite these success stories in controlled environments, there is still a lot more that needs to be done before this new technology can be used in humans. Currently, we simply do not have the technology to selectively choose genes that are specifically targeted by different addictive stimuli. However, we are hopeful that this new field will take off. With growing interest from research institutes in the national and global arenas, we can hope that the awaited future of epigenetics is not that far.

Danielle Victoriano is a member of the Princeton University Class of 2019. She studies Ecology & Evolutionary Biology and plans on going to Medical School. She can be reached at dzv@princeton.edu