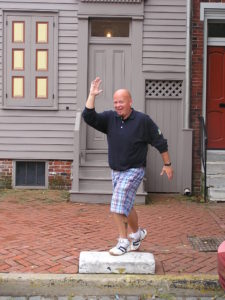 My name is Honeyah. I am currently a junior at Rutgers and I major in social work. I had Professor Greenagel for a public policy course last fall. He asked me to write about my experiences for his website.

My family moved to an upper middle class town in Central NJ when I was in second grade. It was easy for my sister and I to make friends. We knew most of the kids we went to school with and felt comfortable going to the usual hangouts within our community. On most days after school, kids from my elementary school would gather at the local park  to play tennis or basketball.

When I entered the sixth grade, the primary hangout moved from the park to the mall. Most of us dressed head to toe in either Hollister or Abercrombie; I jumped on that fashion trend. Like other girls my age, I also wore silly bands on our wrists and watched “Gossip Girl” religiously. In high school, most of us became obsessed with social media such as Instagram, Snapchat and Facebook (I was up to date on all the different platforms and apps).

There was a clear divide of students who prioritized their grades with those whom prioritized partying (I numbered among the former). Our school had a wonderfully positive and inclusive environment. Bullying was not really prevalent because of the significant diversity – no one really stood out or was considered a target. I was never bullied or made fun of throughout my time in elementary, middle and high school. I assume that this was because I was like other kids: I wore the same clothes, watched the same tv shows, and had the same social media accounts. Following trends made it seem as if I fit in with everyone else, however it was clear that I was and am different than most people living in the United States. This is due to the fact that I am a hijab (head covering) wearing Pakistani Muslim who was born and raised in America.

I started wearing a hijab in high school when I learned more about my religio and wanted to embrace it. Alhumdulillah (all praise to God), I was never bullied for this and had an overall positive experience in school because most of my classmates had known me for years and thought of me as Honeyah and not the “Muslim girl in the scarf.”

My experience at Rutgers has been positive. When President Trump announced the travel restrictions from the seven predominately Muslim nations early in 2017, there was a large protest at Rutgers. I was touched to see that most of the students who attended the march were not Muslim. There was a small counter protest – about ten Trump supporters came out holding signs anti-Muslim signs but they left after about half an hour. I feel welcome and safe at Rutgers.

My name is Iqra. I am Honeyah’s younger sister by two years. On January 20th, 2017, staff and students gathered around the televisions in our high school cafeteria to listen to President Trump’s inauguration speech. Many students clapped and cheered as the newly elected President spoke. Being a student in the same school district since kindergarten, I had grown accustomed to the way things worked in my district. After President Trump was elected, distinct changes started occurring in my school.

Although my hijab did make me an easy target for racist jokes, I was never really bullied for outwardly practicing my religion. During the last semester of my senior year, students who were previously quiet started openly uttering their anti-Muslim views to me. At one pep rally assembly (where students get together to support our sport teams), my classmates were shouting “Allahu Akbar” in a derogatory way. This was almost certainly done to make fun of the Muslim students in the bleachers.

Both the school newspaper and the local paper published stories about the bullying of Muslims at the high school, but they also detailed how we were not the only group that were being bullied. Many of the Jewish students were being targeted as well. Drawings of swastikas and Hitler, as well as comments directed at the Jewish students, were found on the desks at our high school. Although there were numerous other incidents, my school did little to alleviate the problem. Eventually, distraught parents and unhappy students, including myself, went to Board of Education meetings to express our disapproval and dismay of the way the school was handling the situation. Little was done.

I gave the Principal’s speech at graduation. The focus was on the importance of acceptance and diversity. Diversity is prevalent in the town I grew up in, which is a reason why many students in the school I attended were accepting of the differences among one another. However, it was unfortunate to note the change in the attitude and behavior of the students after Trump became President. I am now a Freshman at Rutgers and I have found that to be a very warm and safe environment.