There has been all kinds of terrible news about the problems caused by sober/recovery homes in NJ, PA, FLA, OH and a number of other states. These concerns have existed for years, and they include overcrowding, a lack of expertise, workers that are using drugs, and death. These programs are neither licensed, nor regulated, and rarely supervised in any way by a true substance abuse expert. I sent this letter to the NJ State Senate Health Committee on May 13, 2017, and I am publishing a copy of it now in the effort to further the discussion and help the public.

I am writing regarding  S-3161 (recovery housing).  Many states around the country have had problems with their sober/halfway/recovery houses. Florida created a certification that went into effect last year, but most of them have still not earned it. They are still mired in problems. Ohio created a voluntary certification (that is overseen by the industry) and the state also provided 2.5M to support the expansion of services. Because of the voluntary nature of the certification, the Ohio sober houses are still rife with problems (no curfew, people using, little to zero accountability, client brokering).

I suggest the following:

Owners and operators of these programs will argue that because they are in recovery, that they know better than DMHAS and the state government. Please do not be swayed by arguments that regulation will force them to close. There are a few programs that exist in the state already that exceed my recommendations and they are financially well. Please do not fall prey to their arguments that they can self-regulate and that the industry will watch itself (I can’t think of an industry that does a good job regulating itself).

I attend, on average, about one play a week (some weeks are stronger than others – between May 24 and June 3, I’ll see six plays). I also read one or two plays a week as well. We are currently enjoying a very strong time in American theater, but there are three modern playwrights that I want to highlight. 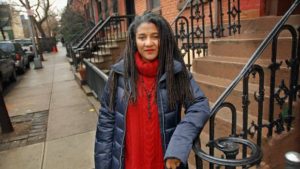 Lynn Nottage was born in Brooklyn in 1964. She attended Brown and then Yale. Ms. Nottage won the Pulitzer Prize in Drama in 2009 for Ruined, a play set in a war-ravaged African country. Its main characters are all survivors of rape and genital mutilation as a result of the ongoing conflicts. She won the Pulitzer again in 2017 for Sweat, making her the first woman ever to win twice in drama. Sweat takes place in Reading, PA, and discusses the decline of the American working class (and how it has affected all races). The McCarter Theater in Princeton is currently showing her play, Intimate Apparel, which provides a snapshot of New Yorkers in 1905 who are otherwise memoirless. She teaches at both Columbia and Yale. 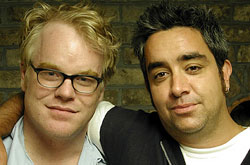 Stephen Adley Guirgis was born in NYC in 1965 to an Irish mother and Egyptian father. He has some interesting tv/movie acting and writing credits, but it’s his skill as a playwright that sets him apart. He won the 2015 Pulitzer for Between Riverside and Crazy, which features police work, addiction and relationships.I became aware of him about 10 years ago when I saw The Last Days of Judas Iscariot at Rutgers. It is a play that is brutally honest, vulgar, and offers up stunning challenges to authority and world-revered figures. In the next year, the Signature Theater in NYC will show Jesus Hoped the A Train (about prison life), Our Lady of 121st Street (my 2nd favorite play of his after Judas), and it will debut a new play in 2018. 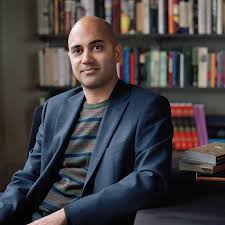 Ayad Akhtar was born in Staten Island in 1970. He is of Pakistani descent. He spent part of his childhood in Wisconsin and attended Brown and then Columbia. He won the 2013 Pulitzer for Disgraced. I read the play last January, and I was so moved by it that I immediately started searching to where it was currently playing (it was the most produced play in America during the 15-16 season). I found that the main character was smart, charismatic, and relatable, and his eventual tragedy was quite upsetting. I discovered that it was playing at the excellent Huntingdon Theater in Boston. Despite a recent heavy snowstorm, I drove up (with my parents in tow) to see it. We saw the play, stayed for the post-play talk with the actors, drove home and arrived in NJ around 4 a.m. We repeated that exact process this past April when we returned to Boston to see  The Who and the What (which is a comedy). In both plays, Mr. Akhtar portrays a Muslim experience in America. Some of his characters are proud of their Muslim heritage, while others challenge it or even outright reject it. Of all the playwrights currently living, there is no one whose future work I am more looking forward to.

Fraternities and sororities are back in the spotlight again after the death of Timothy Piazza, a sophomore at Penn State University, this past February. To date, 18 fraternity members have been charged with a crime (10 with involuntary manslaughter, 8 with lesser chargers). Apparently Mr. Piazza and other pledges were forced to consume massive quantities of alcohol (his BAC was .43). The young man fell several times, including down a flight of stairs. The fraternity members put him on a couch, where he remained for 12 hours before medical services were contacted (he died two days later). Because of the in-house security system, there are videos of fraternity members jumping on his prone body, slapping him in the face, and punching him in the stomach (I expect that the video will eventually be leaked to the press and public).

Penn State officials shut down the fraternity where Mr. Piazza died. They have expressed sadness over this tragedy and vowed to make further reforms. Because this is a national story, other college presidents have weighed in, though many of them have said that because fraternities are private organizations whose property is off-campus, that they have little power to do much.

I wrote about the deaths of three Rutgers students in three different decades back in the fall of 2014. Each time, Rutgers officials stated that this was a terrible event and that their would be changes. Each death happened under a different college presidential administration, yet the words uttered and the lack of action were all eerily similar. Earlier this year, a student died at a fraternity at Miami University. The college president uttered lines from the same ineffectual playbook. This story played out at the University of Florida in 2006 (two students died). Two Greek Houses were permanently suspended at the University of Connecticut in the fall of 2016 after two students died. Six fraternity members were charged with crimes in relation to those deaths.

These are woeful stories. I have long argued that sad stories should not be the central basis of policy formation and changes in American institutions. Data is more important. That earlier mentioned piece on the deaths at Rutgers is one of the top five most read articles on my site. I received a large number of comments and emails after it (many from angry Greeks), and I wrote a follow up piece two months later after several more college deaths. In that article, I included a number of studies about the various problems that Greek life cause on college campuses. There is a large and fantastic (but incomplete) list on wikipedia that details hazing deaths (most of them are caused by college fraternities and sororities, and as you can see, they are increasing). We’ve known about the high rates of rape that are associated with fraternities for decades (here is a 1989 study). In June of 2015, Bloomberg put a brilliant article together about every allegation against (not incident, those are often unreported and sometimes covered up) fraternities and sororities during the first half of that year.

The Greeks and their supporters (this is made up of alumni and people that they pay) argue that Greek life is an essential part of college life and that they do service work. Cheating, excessive drinking, drug abuse, hazing, raping, and death all occur at higher rates with the Greeks than with the non-Greeks on campus. This is demonstrable and irrefutable. Their occasional service work and fundraising for worthy causes do not excuse their behavior.

It is time for College Presidents and the Boards of Trustees to shut down Greek Life. Here is how you do it:

Membership will plummet, and then continue with a slow but long decline. Fraternities and sororities will be squeezed for money due to the lack of new members. The vast numbers of alumni will die off and not be replaced. The culture will change. Greek Life will continue to survive to some degree, but it will be a vestigial part of college (like men who wear ties to class, dorm mothers, and low tuition costs). The question is this: how many more times will we have to read about tragedies and hear how College Presidents are saddened and outraged before meaningful and permanent changes are enacted?